Zac Brown Band songs usually concentrate on country music, but it comes with a few twists and great experimenting of little mixes here and there which makes it feel like Zac’s work.
Larry Darling from Flickr 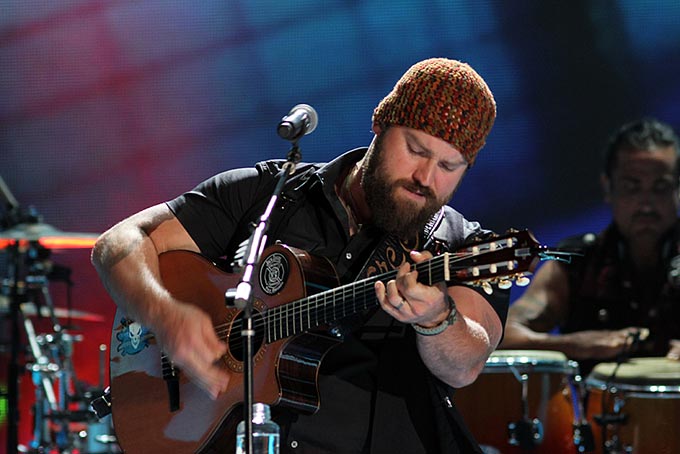 The honesty of Zac Brown Band work gleams through their songs. Also, the combination of all the vocalists and instruments in sync makes the Zac Brown Band songs bring in this electrifying vibe.

Zac Brown Band combo of amazing lyrics, mind-blowing background music, and exuding talents make their fans fall in love with them all over again, and why not? These guys bring something new into the country music fraternity.  In addition to this, the fans love the live shows that this band provides. There is no repetition and there is always a display of new tricks every time they step on stage.

Fans love their twists and turns and their honest approach and feel they bring with their songs and this ultimately draws them closer to the band. Also, a variety of slow and fast moving songs caters for all kinds of listeners. Their tracks are created beautifully and have brought about great vibes to the music industry within America.

The debut song "Chicken Fried’ in 2008 was the key foundation of the success they possess today. This is one of those songs that brings out the patriotism in us, makes us remember those who are standing for this country in honor while not forgetting that sweet fried chicken and blue jeans.

The country feel of this song, with a few magic touches from Zac Brown Band and their gang, simply made the crowd fall in love with them. With increased hits and award-winning new songs and albums, their popularity bars were raised even higher than they had anticipated.

Let's take a quick look at what they bring on the table, make review of their greatest hits and songs meanings.

This song with amazing guitar chords brings about the feel of the summer, giving the fans a refreshing appeal with Brown’s smooth voice which provides the perfect melody required to make the fans go wild.

Keep Me in Mind

This lyrics is essentially about women, who he desires to get despite the fact that she has her own pick when it comes to guys. His pleading voice in this song is what gets to the crowd.

Another song which is directed to this lady, he wants her never to give up and let go. It was left a mark on the Billboard Charts and was a great hit. Perhaps the second best after their debut hit "Chicken Fried’.

Goodbye in Her Eyes

This might not have been the topmost hit of the band, but it was surely a song close to the hearts of Zac’s band. They seemed to be emotionally attached to this song and have put in great efforts into this song.

This hit might not be addressing the normal Zac Brown Band romantic songs, it addresses a rather different subject matter entirely. It is about living away from your kids after being divorced. Despite this being a sad issue, this was a number three hit song.

As She’s Walking Away

This is the kind of song that everybody can relate to. Thus this song is loved by many. It makes you feel like you are in that situation and can feel the emotions that the song portrays.

This track was a great hit on its own, one of the few classics of the band. It addresses the fun factors of enjoying life in general. The climate, the drinks, and the water – the true treasures of what he seems to enjoy. This makes it a fun and easy going song for all those around.

Listen to the few new songs mentioned and it’s a guarantee you will fall in love with them instantly. Feel free to enjoy listening and dancing to the tunes!